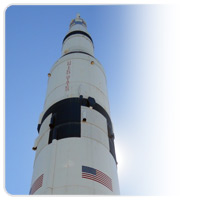 This weekend, Huntsville, Alabama is presenting the United States Women’s Disc Golf Championships, a PDGA Major event. Tournament Director Chris Jaskolka and the Rocket City Chain Gang will be hosting 72 women disc golfers from across the United States in Huntsville, Alabama. All of the top ranked American women will be in attendance, including the PDGA’s top ranked Valarie Jenkins. While this event will showcase and celebrate these top players, it was also designed to bring together and recognize women disc golfers of all skill levels. The tournament will be hosted on three courses in the area. According to the event director Chris, The course preparation started in earnest this past May. Chris says: “It was important to bring the courses up to date and ready to play. Competitors at a first class event deserve first class venues. Attention to detail is necessary to provide that experience.” All the courses have updated tee signs. OB lines have been clearly painted and flagged along with directional markers. The lion’s share of the course preparation was done by volunteers and was paid for by the Rocket City Chain Gang. Chris, his wife Karen, and an entire crew of volunteers personally mowed the Redstone Arsenal Course this past weekend when it was discovered that budget cuts meant custodians would not be able to mow the course before the event.

Each course offers a different experience for the players. The first two rounds will be held at Sparkman Park DGC in nearby Harstelle. This scenic course offers players with a mix of wooded and open holes. OB comes into play on many holes, so accuracy will be essential. On Saturday, all divisions will be competing on the historic Brahan Springs Course. This course is one of the first basket courses in existence and was played during the 1983 and 1993 PDGA World Championships. This is the shortest and most technical of the three courses, so good putting should be rewarded. On Sunday, play moves to the Redstone Arsenal DGC. This course in located on an active US military base. Following the morning round, there will be a final nine showcasing the top open players.