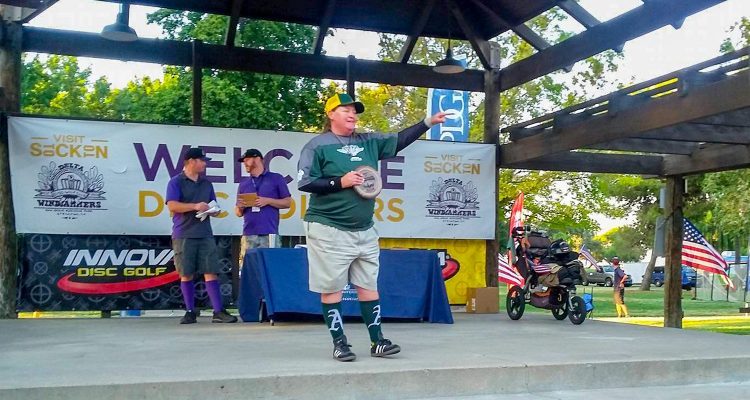 Nearly 300 competitors were on hand in Stockton, CA this weekend for the 2016 Tim Selinske US Masters Championship. The event honors one of Innova’s most beloved owners, Tim Selinske, who passed away in 2009 after a long battle with Langerhans’ Cell Histiocytosis.

Tim’s spirit was alive and well as long-time members of the disc golf community came together for competition, but also the sense of family that is so special to disc golf. We would like to thank everyone for their kind words about Tim, such as Bamba Rico (seen in the video above). Bamba helped set an important tone for the championship, and certainly one that would have made Selinske proud. 4.29.14Barry Schultz may not have captured the US title last year, but he came charging...More

5.20.13Burlington, NC – The second PDGA Major of the year, The US Masters Championship, celebrates...More

US Masters: Experience Takes the Field