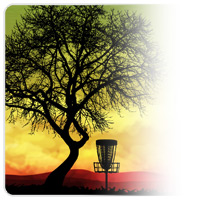 For years Team Innova has been a dominant force in disc golf. More major titles have been won using Innova discs than all other manufacturers combined. It isn’t even close.
At the close of the 2011 season, the decision was made to unite our competitive teams (Star, Champion, and The Masters) with our team of Ambassadors and other sponsored athletes. The goal is simple; to bring disc golf to the world, and to do so with the highest standards of integrity and professionalism.

With this move comes a new identity we have chosen to call, the Innova Air Force. Our teams have been realigned and the rosters speak for themselves. The Innova Hall of Fame is arguably the most influential group in disc golf history. Our Star and Champion teams are comprised of today’s biggest names and brightest young stars. The Masters are Innova’s perennial, battle-tested veterans, who continue to find the thrills of competition, irresistible.

Innova Ambassadors are working tirelessly around you, running tournaments and clinics, designing and building courses, and whatever else can be done to spread the good word of disc golf. Innova shares their passion for the game and we are honored to stand behind them.

Innova has a tradition of excellence that is unrivaled in disc golf. Today we honor those who have contributed not just to our success, but to the success of disc golf in general.
Together we are one, united to serve the cause.
We are, the Innova Air Force.

02.18.14 With the first PDGA Tour event just days away, anticipation is building to see...More

02.11.14Imagine you are a school-aged disc golfer and then one day out of the blue,...More