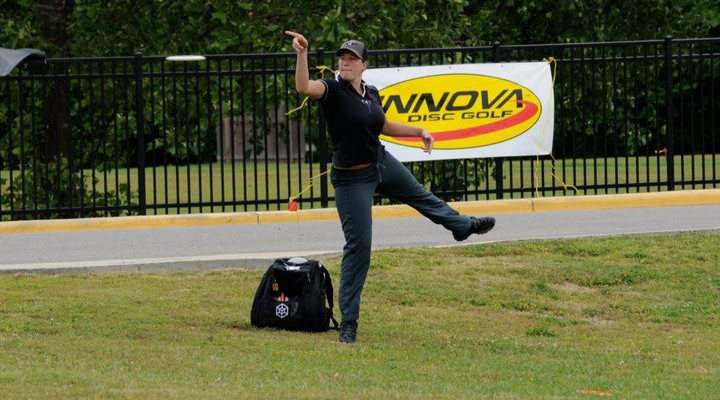 In Masters it was Innova sweeping the top 4 spots with Phil Arthur cruised to a twelve stroke win. East coast employee Matt Peckham tied for second with Dean Tannock and Patrick Brown finished a stroke back in fourth. Team Innova also grabbed the top two spots in Grandmasters as Dr. Rick Voakes and Lavone Wolfe finished first and second place.

Jay and Des Reading made their annual stop at the Capitol of Texas Open in Austin this weekend. Even though Jay is the Masters Team Captain and plays mostly in the Masters division, Jay took the Open field to task winning by 3. Des completed the Reading sweep with a 13-stroke win of her own that featured a 1003 rated, third round score of 63.