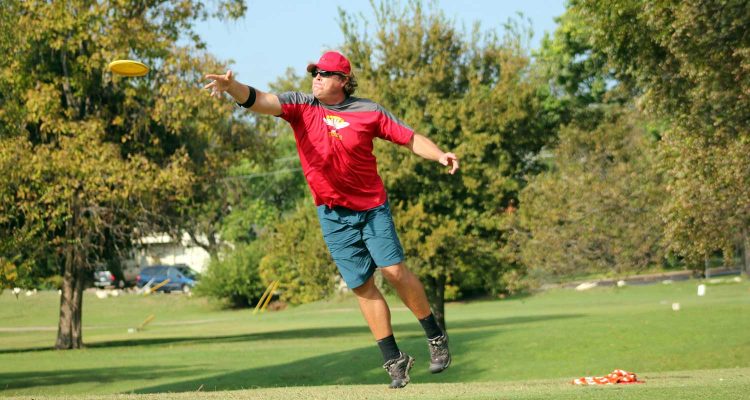 We’d like to congratulate Team Innova’s Jay “Yeti” Reading on his recent induction into the Iowa Disc Golf Hall of Fame. Jay was joined by Brian Malone, Doug Peyton and the late Becky Zallek. Jay achieved the induction based on his stellar play and major contributions to the sport. Well known for his five World Putting titles and signature line Yeti Aviar, Jay also has over 75 Professional Disc Golf Association career pro wins which include four World Doubles Championships and an Australian National Championship. Jay has been awarded the PDGA Bob West Sportsmanship, the Marshall Street Spirit Award, and the PDGA Educational Award. Off the course Jay has designed, consulted, or installed more than 20 courses and has continually run at least one tournament per year since 1999. Jay leads dozens of clinics every year and created the PDGA National Tour Clinic Series which still runs today. He has served on the PDGA National Tour Committee and is the current chair of the Competition Committee. Jay’s efforts to grow disc golf in the United States and abroad as a founding member of the Educational Disc Golf Experience (EDGE) are also among his most shining accomplishments. Paul McBeth has begun the 2015 tournament season with a serious bang. In February McBeth...More