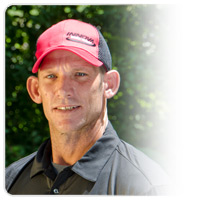 Kenny was a late entry into the Pro Masters field, which saw arguably the toughest field to date. The field was stacked with heavy hitters: 2-time Open World Champion, Barry Schultz, Florida’s JohnE McCray, California’s Patrick Brown, Jay “Yeti” Reading, Mike Moser, and past Masters champions Jonathan Baldwin and Phil Arthur to name a few. The Masters battled at Nevin (woods), Eastway (open), and Renaissance (mixed, but long). Players would need all their skills to contend for the World title.

Ken was a late entry into the division, and when he arrived at Nevin for the first round, he was not assigned a hole, due to some slight confusion, but he was added to a card and shot a decent first round, three strokes back from the leaders. His 12 under par second round gave him a share of the lead with McCray, but every other round, he would gain more strokes on his rivals. Jay “Yeti” Reading struggled through a knee injury to remain on the lead card with Barry Schultz and McCray during much of the week. Patrick Brown bounced back from a rough third round to climb back to the top four in time for the finals. By then, Ken had a 9-stroke lead, Schultz edged McCray by a stroke for second, and Patrick was content to thrill the crowd, 13 strokes back in 4th. Barry Schultz, also playing in his first Masters division at Worlds, took second place, nine strokes back from Ken. Patrick Brown was another 14 strokes back in 4th. Mike Moser finished tied for fifth, while Jay Reading persevered through the pain to take eighth.