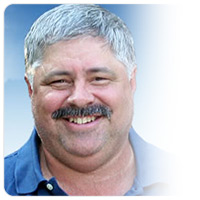 The Tim Selinske US Masters Championships are coming to Louisville, Kentucky August 31-September 2. If you ever met Tim Selinske, you would understand why he will be remembered for his passion and commitment to the game of Disc Golf.

The Tim Selinske US Masters is a PDGA Major event, and THE premier event for disc golfers age 40 and older. The event is named in honor of Tim Selinske, one of the founding partners of INNOVA. The US Masters was originally conceived by Tim. He worked hard to create this event and hosted it each year in Southern California until his passing in 2009. This PDGA Major event now travels around the country and is hosted by different volunteers.

This year’s Tim Selinske US Masters is going to be something special. Dave Greenwell and the Louisville crew have organized lots of great activities and entertainment to give players something to do each night. The player’s meeting will be at the famous Galt House Hotel on Thursday. On Friday night, players can try their luck at the slots at the Horseshoe Casino on the Ohio River. On Saturday, a Flymart will be hosted at a location to be announced. Tim’s family will also be on hand to oversee the competition and special activities.

Charlie Vettiner Park designed by the tournament director, and Hall of Famer, David Greenwell is a brilliant and beautiful layout. It has great elevation changes as it moves through the rolling hills with spectacular and challenging pin positions. Six extra holes will be added especially for the tournament. Vettiner is a feast for the eye and a sincere test of players shot making skills and will be the site for the finals.

Seviren Lang Disc Golf Course is located in Gary Cavan Park, in Edwardsville, Indiana just across the Ohio River. The course is similar in style to Charlie Vettiner although a bit longer. Once again there is lots of elevation change requiring precise and focused shot making capabilities.

Iroquois Park is Louisville’s oldest course. It has been modified over the years to remain viable for the modern game. It offers a variety of open and wooded shots including water hazards. Although a shorter course, it offers a technical challenge.

Saddle up and make plans today! The registration deadline is August 14th. We hope to see you there!
www.pdgausmasters.com
Share it !